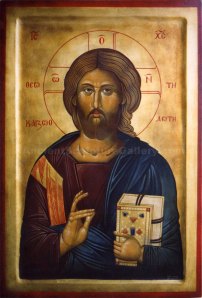 Rob Bell (usually known as that guy from the NOOMA videos) is getting all kinds of press for his new book Love Wins because people who have seen his promotion video think he’s going to come out as a “universalist”.  Of course, nobody really knows what Rob Bell is going to do yet because his book doesn’t come out until March 29th.  But that hasn’t stopped the speculation/condemnation/publisher’s dream that made me put Rob’s name in my title hoping to pick up some extra Google traffic.

(the roughest definition of “universalism” is essentially that all people go to heaven after death.  Scot’s post below has a more nuanced discussion of the idea)

In all this speculation, I have heard ONE good comment.  Scot McKnight pointed out this morning that universalism is a REAL question for younger generations and at least Rob’s video is making people talk about it.  (Scot’s post)  Anyone talking to young adults (in or out of the church) about faith knows that the question of universal salvation comes up all the time.  Whether we think the answer is settled or not, we’re not doing anyone any good by ignoring the question.

I refuse to comment on Rob Bell until I’ve read his book (which if I follow my usual pattern will be some time in 2015).  But I was recently asked questions about universalism and I wanted to share the conversation.

“What is wrong with Unitarianism? I ask because I seem to have more in common with them than with most Christians.  I realize that they say Jesus isn’t God, but at the same time they allow people to choose to believe that if they want. I kind of feel like there is universal salvation because even bad people were made bad by someone or something else and I don’t know that they can help it if they have severe mental issues or something. …  I’ve heard a pastor say that Unitarians are the same as atheists but I don’t think so.   And, honestly, to me the things you said like God doesn’t have a name, and God is a spirit and can reveal himself in different ways to different cultures…it all sounds Unitarian to me.”

“Unitarianism is hard to define because it allows for so much diversity of opinion but it really isn’t “atheist.”  It’s essentially “agnostic.”  Atheist means they believe there’s only a physical world, a lack of God or spiritual realities at all – it’s pretty specific.  Agnostic means something like “unsure” and takes a lot of forms.  Most Americans seem to be agnostic in the sense of not really caring one way or another about God.  They usually believe that there’s probably a God, but it doesn’t really matter for how they live or think.  Some agnostics believe that humans are incapable of knowing one way or another about God’s existence so they don’t mess with it.  (a lot of scientists I know fall into this camp.)  Unitarians are kind of a cross between the two.  They usually believe that there’s a God (or important spiritual force of some sort) but don’t trust human mental/emotional capacities enough to settle on any ONE expression.  They engage in religious practices to connect to God, but they borrow from all kinds of traditions.

“Now, this idea of never fully knowing actually comes from a very old Christian theology called “apophatic theology.”  It means something like “theology of silence” and it’s based on the idea that humans can never FULLY understand God.  In its extreme forms, there are monks who refuse to say anything like “God is _____.”  They won’t say God is good, God is loving, God is generous….anything.  They’ll only talk about the things God is NOT. They’ll say, “God is not evil,” or “God does not hurt us”…  They say that presuming to speak about what God IS would be too arrogant.  I don’t go that far, but I’ve been influenced by their ideas.  My theological humility comes not from a lack of conviction but from the fact that I know I’m never going to be FULLY right.  (and you’ll notice, I’m much more comfortable pointing out other ideas that are NOT right than I am insisting that mine ARE right.)

“I think that kind of humility is something we can learn from Unitarians. I find it very attractive in my Unitarian cousins, uncles and friends.

“BUT (yes, there’s always a but) Christianity doesn’t really allow us to become Unitarians or even full-on  apophatic Christians.  If we believe that Jesus is God, then we believe God chose to come down, live as a particular person, at a particular time, and do particular things.  God was saying very plainly “God IS this.”  Over the centuries, we’ve added all kinds of things to that declaration that have been destructive, but the declaration is still there and it’s still good.  And yes, I’ll admit there are days when all the bull crap people have added to Jesus over the years has made the modern Church almost unbearable, and I start being attracted to Unitarianism.  But then I see God move.  I see the God I know as Jesus Christ change someone’s life, or I see someone moved by God-in-Christ to change the world.  It’s not indisputable evidence, but Christianity is not about evidence – it’s about faith.  I believe that Jesus was God, and so I stick around even if the Church doesn’t look very God-like.  Yet.

“I know some Christian universalists and I wrestled with it a lot, but I’m not one.  My reasons were related to the ones you gave, but they just didn’t hold up to all the wrestling.  Yes, we’ve all been hurt by other people and that makes us more likely to hurt others in return.  But it’s always our choice – we choose (in all but the most extreme cases) how we’re going to respond.  Recognizing that my anger or depression comes from injuries I’ve received doesn’t give me an excuse to hurt other people.  It gives me a tool to fight temptation.  To say that people who intentionally murder people without remorse will be treated the same in eternity as Mother Teresa is to call God morally blind.   And there’s not a single world religion that believes in a morally blind god.   Definitely not the Old and New Testaments.  God says over and over, “this is how you live in a way that leads to life, and this is the way that leads to death. Follow the way of life.”  Now, if God just left us to our own after that, all the universalists might have a point.  But we have a God of grace and if we’ll only turn, humble ourselves and ask for help, God will give us help.  I truly believe that murderers, terrorists, rapists, gossips, theives, preachers who tell people they’re going to Hell, executives who steal money from pension plans and the guy who bullied me in 6th grade can ALL be forgiven and redeemed.  But they have to ask for it.  They have to turn, humble themselves and ask for help.  Some won’t.   Some will always reject God’s plan.  And if we believe the words of Jesus, then we believe they will have a different interaction with God than those who turn to God.

“Do I believe God can redeem people who have never spoken or even heard the name of Jesus?  I’d have to say Yes. Because I’m positive that God’s grace is bigger than my theological system.  But do I believe Hitler and my grandfather met God under the same circumstances?  No.  We can have the theological, social, cultural humility we need without sacrificing a commitment to God’s plan for moral universe.”

View all posts by jastheless