I’m a professional talker.  My job consists largely of planning and saying words.  But I was asked to speak to some graduating high school seniors the other day and I had no idea what to say.  I know what you’re supposed to say to high school seniors in a church because there’s a pretty well-established pattern:  In a 15 minute speech, you’re supposed to spend 8 minutes on drinking, 3 minutes on sex, 2 minutes on either politics or secular humanism (depending on the theological perspective of the congregation) and last 4 minutes reading “O the Places You Will Go.”

But I didn’t want to do that.  What I did instead is tell them three things I wish I’d learned earlier. 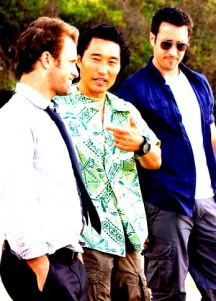 (1)  Hang out with people who are different than you.  Different ethnicities, cultures, nationalities, socio-economic statuses, religions, political persuasions….  whoever is different.  The rest of my suggestions all have spiritual motivations (and this one does too, really) but it’s mostly practical.  So many of our world’s problems come from a lack of perspective.  We are not very good at understanding people who aren’t like us, and the only way to learn to do that is to get to know the “other.”

This is a big world, but it’s shrinking – we live in constant, instant contact with every corner of the globe, but it hasn’t helped us get along.  We have to learn how to see the world through someone else’s eyes and the only way to do that is to spend time with them. 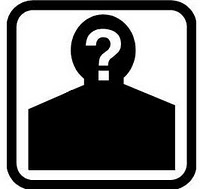 (2)  It doesn’t matter what you want to do when you grow up.  Not that careers aren’t important or that education doesn’t matter.  I was only asked to speak because I took my education and I take my vocation seriously.  But we live in a culture that tries to define all of us by what we do.   “She’s a lawyer, he’s a teacher, she’s an entrepreneur, he’s a waste removal technician.”  But our jobs don’t define us – or at least they shouldn’t .  St. Paul was a tentmaker by profession, but that is not what he’s remembered for.  It doesn’t matter what you want to do – what matters is WHO you want to be.  And who you want to be is you – the best version of you.  One of the beautiful things about the God who created us is that we can all become like Christ without all becoming alike.  God created each of you with passions and talents and particular senses of humor and, through grace, you can be the best version of you.  And you can do that as a friend, a spouse, a parent….whether you’re a lawyer, a waste removal technician, an artist – maybe even professional talker. 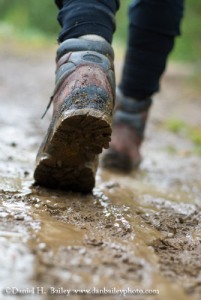 If Christianity were a religion, all you’d have to do is go through the motions.  If it were a social club, it wouldn’t matter who else was left out as long as you were in.  And if it were a list of rules,…well…we’d all be out of luck.  But it’s a journey.  It’s a process, a path, a series of decisions and mile-markers, steep hills, dark valleys, fascinating people and some of the most beautiful things humanity will ever see.

I call our Faith a journey because on a journey, you keep moving.  Sure, there are times to rest and take in the scenery.  There are times when you get lost and go in the wrong direction.  But you can always just start walking again.  The idea is that you’re moving forward.  I pray that each of you keeps moving.  That you take advantage of the opportunities you’re given to grow into that person you were created to be.

And it’s no mystery how we keep moving on this journey:  We pray.  We read the bible.  We show up to church.  We serve people and work toward justice.  And we do all of these things often.  It’s not about following the rules or looking like you’re in the club.  It’s about moving forward, growing up in the right direction.  Becoming the kind of person our world needs.  The world needs people who are going in the same direction as Christ.

View all posts by jastheless